Case Study: Polishing is the answer for rectification of stainless steel roof panels 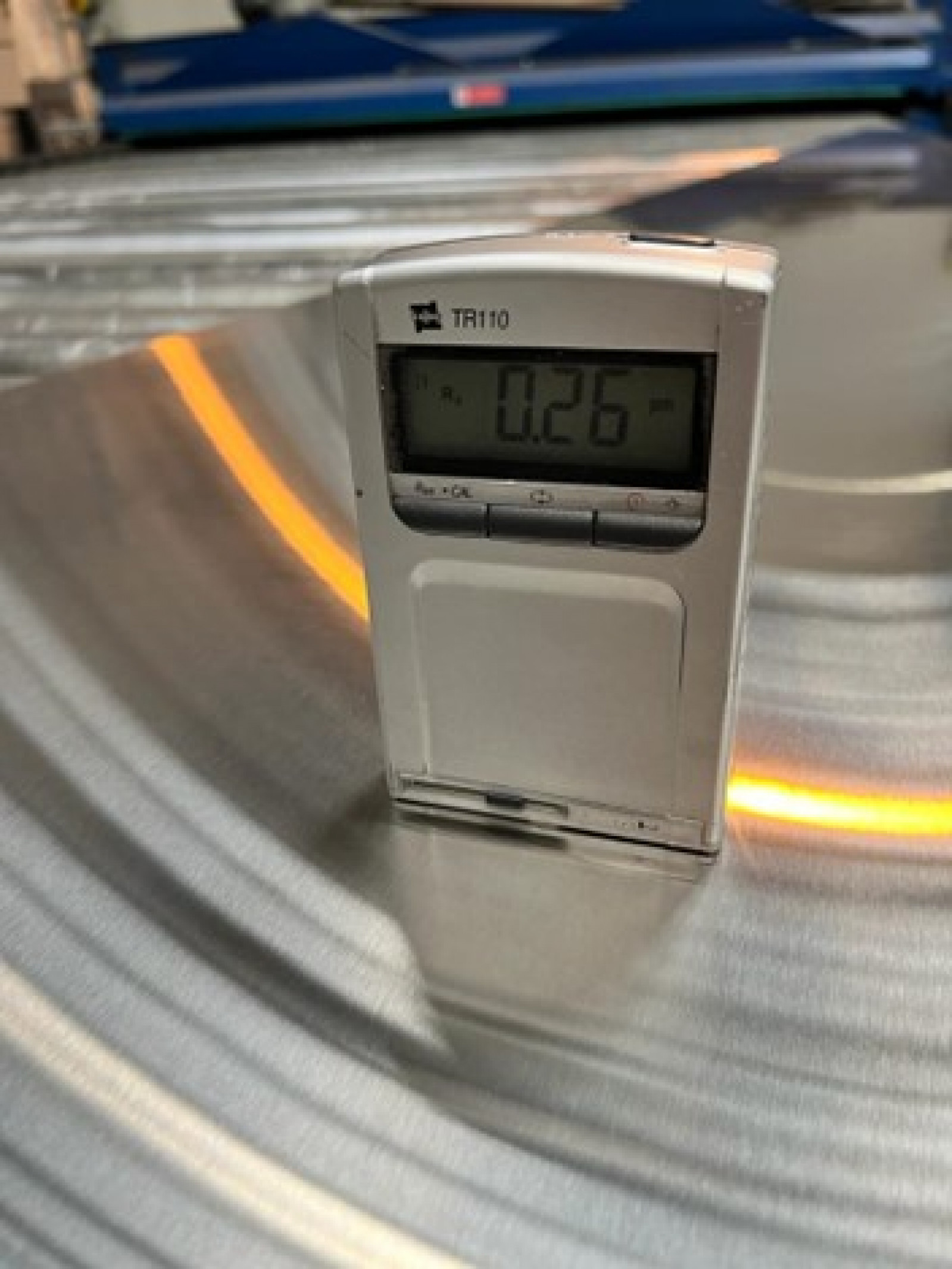 During the cutting process of some 6mm 2B material the material was inadvertently damaged causing indentations to the surface.

As they are being cut to shape and then fabricated into roof panels, having areas where contaminates could potentially sit wasn’t acceptable to the processor or the end client. 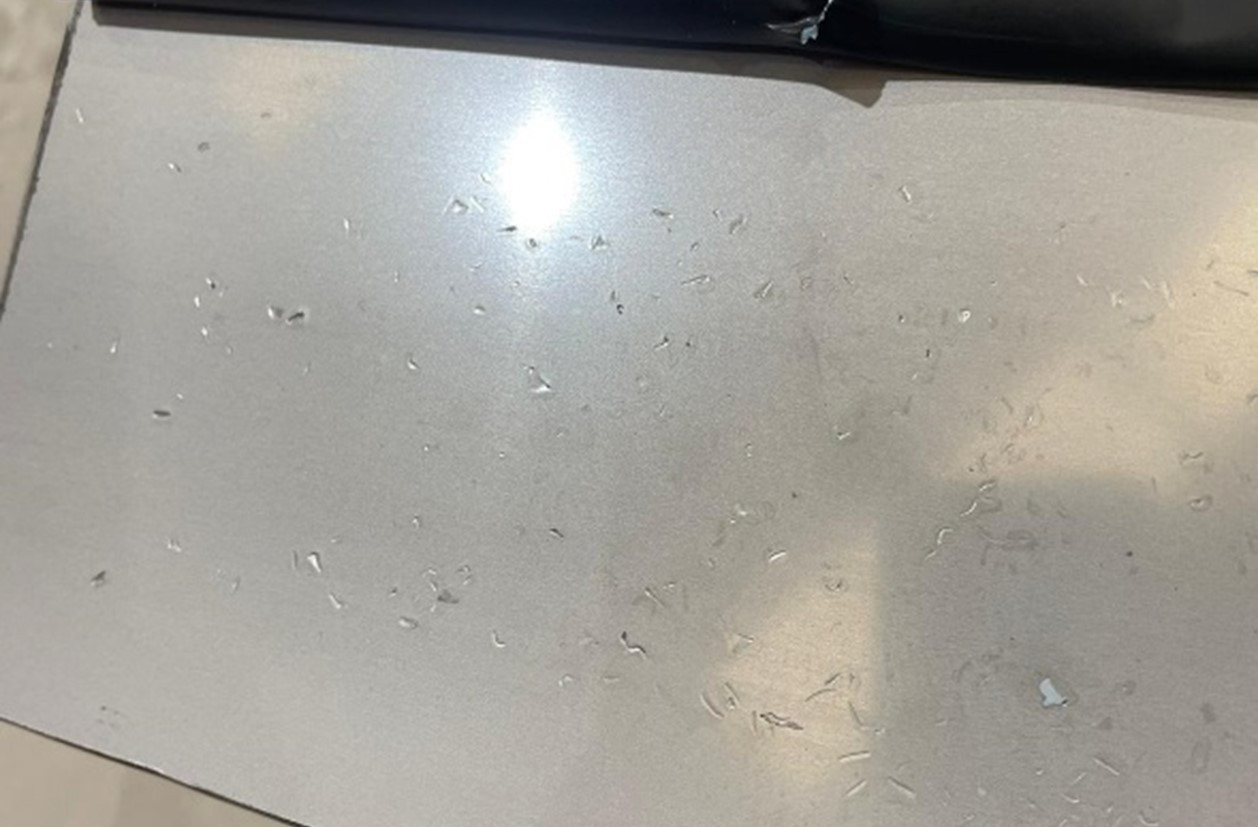 Removing the indentations by pre-grinding was proposed but the thickness of the plates had a tight tolerance and so this had to be monitored throughout the process. At 6mm thick they could not go below 5.85mm and also needed to achieve the Roughness Average range of 2B material under EN 10088-2 of 0.1µm > 0.5µm.

Prior to the initial polishing stages we measured the thickness in several areas to ensure we had enough data regarding the material thickness. To do so we used both a traditional vernier and also our ultrasonic vernier which enables readings to be taken across the surface and not just on the edge.

We decided to be cautious on the sample piece rather than being aggressive to remove the surface defects and the equivalent surface stock. We started with a finer initial stage which, whilst it multiple passes and additional time did mean we weren’t removing too much stock from the surface as once we’ve reduced the thickness we can’t put it back on!

The initial two stages removed the majority of the indentations although some edges of the deeper ones remained looking similar to pitt marks in the surface. 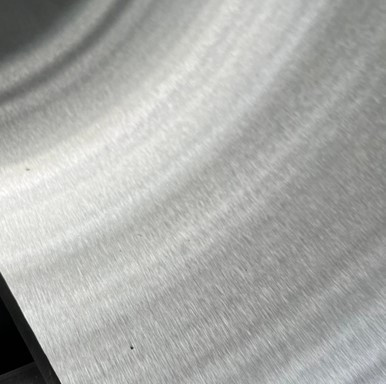 At this stage we were quite close to the minimum thickness at 5.90mm and we were concerned if we continued we would fall below the tolerance. However since these remaining defects were isolated it was possible to remove just these with a localised dressing stage. 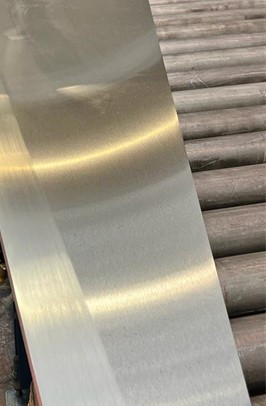 We were then able to blend this creating a uniform surface and finishing with a final stage whilst remaining with tolerance with the lowest thickness measured at 5.88mm

The RA values recorded were between 0.23µm and 0.36µm so well within the RA range requested. 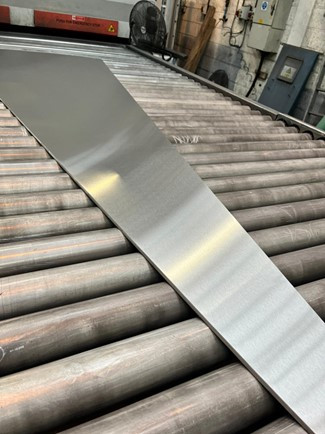 Kirsty Davies-Chinnock said “We were delighted we were able to rectify this material for our customer and their client. We ensured that all measurements were documented and recorded throughout the process so they had full traceability of surface measurement and thickness tolerance. Our senior Plate Operator, Rachpal Singh, has done an exceptional job on this project.’